Dessert, Cake, Pie & Co recipe Stories of kitchens and cooks To highlight Where they come from 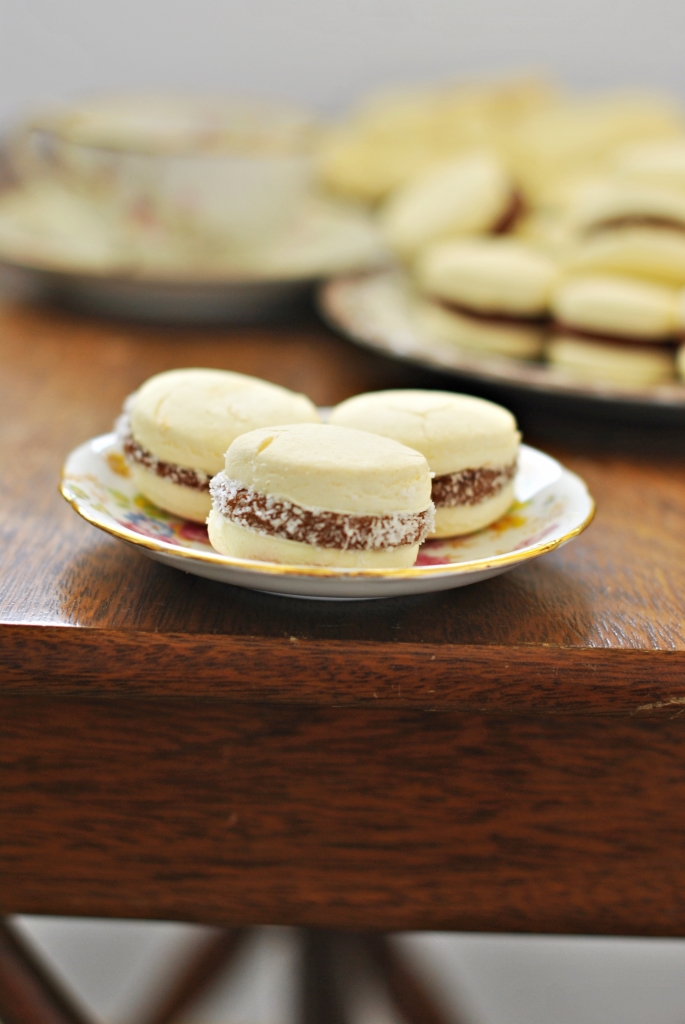 Alfajores are typical Argentine candies consisting of two round cookies filled with dulce de leche. They can be covered with icing or chocolate and generally are an industrial product.

In Argentina there is a special shop, the quiosco, which is basically a kind of tobacconist but with an incredible amount of sweets. It’s a seller of sweets, chips, crackers, cigarettes, and sometimes toys. Or better is the terror of the mothers: everything is highly caloric and filled with sugar, and with insinuating toys and stickers.

Alfajores have a place of honor in quioco, with about 30 types that you can find in the shop. The desire to alfajores is so great that the only gluten free thing you find gluten in an Argentine quiosco is a kind of alfajor made with rice cakes and filled with creams like dulce de leche. A pale imitation of the sumptuous treat.

Just to give some figures, in 2013 every Argentine has eaten 1 kg of alfajores, and about 6 million of units have been sold .

The homeland of Argentine alfajores is Mar del Plata, until the end of the ’90s was almost mandatory buy them there during the holidays and take them home as gifts or to enjoy them as a last bit of holiday. In the ’90s the famous small company Havanna of Mar del Plata has expanded and now its alfajores are everywhere.

The history of these cakes is very long.

In principle, we must go back to the Arabs and the Muslim Spain, Al Andalus.

From the twelfth century Raimundo Marín, a scholar, in “Vocabulista” cites fasur, or nectar, a candy with honey and dried fruit. In 1492 the grammarian Nebrija in his dictionary Latin español define a cake made with almonds, honey, nuts and spices as ‘Alfaxor ‘or’ alaxur ‘ that meant literally honeycomb.

In southern Spain, then, alfajores have been produced and eaten since 500 years ago, and the treat is more like a distant relative of nougat than a cookie and today is mainly related to Christmas. There are famous places for producing alfajor: Medina-Sidonia, in the province of Cadiz, where the alfajor is a kind of cylinder, more or less big, with honey, almonds, hazelnuts, flour, breadcrumbs and spices that is wrapped in cellophane . There is also a Consejo Regulador de la IGP “Alfajor de Medina Sidonia” to ensure it is properly done.

At Valverde del Camino the cakes alfajor is made with a mixture of honey, almonds, bread crumbs, cinnamon, cloves closed between two wafers, or rather between two hosts. They were the sweets that the women prepared to sell during the Ferias and Romeria as those of Sevilla.

In the area between Castilla and Valencia is prepared the alajur, another cake that has the same characteristics: honey, dried fruits and spices covered by two thin wafers, and that probably comes from al-Hasu which means ‘stuffed’. Other sweets like are made in Extremadura, Cuenca, Murcia, Caceres, sweets that are easily connected to their Arab matrix.

Somehow these sweets have passed the Atlantic and arrived in South America, however, completely losing their identity and Arab origin.

According to the official definition of the Code Alimentario of Argentina:

Alfajor is the product consisting in two or more biscuits adhered to each other by products such as jams, jellies, marmalade or other substances or mixtures of substances permitted. It can be covered partially or completely by icings, or other products and may contain dried fruit, coconut … “(Art. 761 bis).

The alfajor is mostly an industrial product, but there is also an important handicraft production that varies from region to region. Typical and famous are those of the coast, then there are those of Cordoba that are stuffed with quince jelly and those of Santa Fe that has at least three layers of thin biscuits filled with a generous quantity of dulce de leche and covered with icing, the giant version is the famous Rogel.

The home version is the alfajores de maicena, which contain a significant percentage of corn starch between the dry ingredients. They are found in bakeries and are often homemade.

They are quite dry and so are the ideal companions for a tea or a mate and not only are very good, but they are also simple to make. 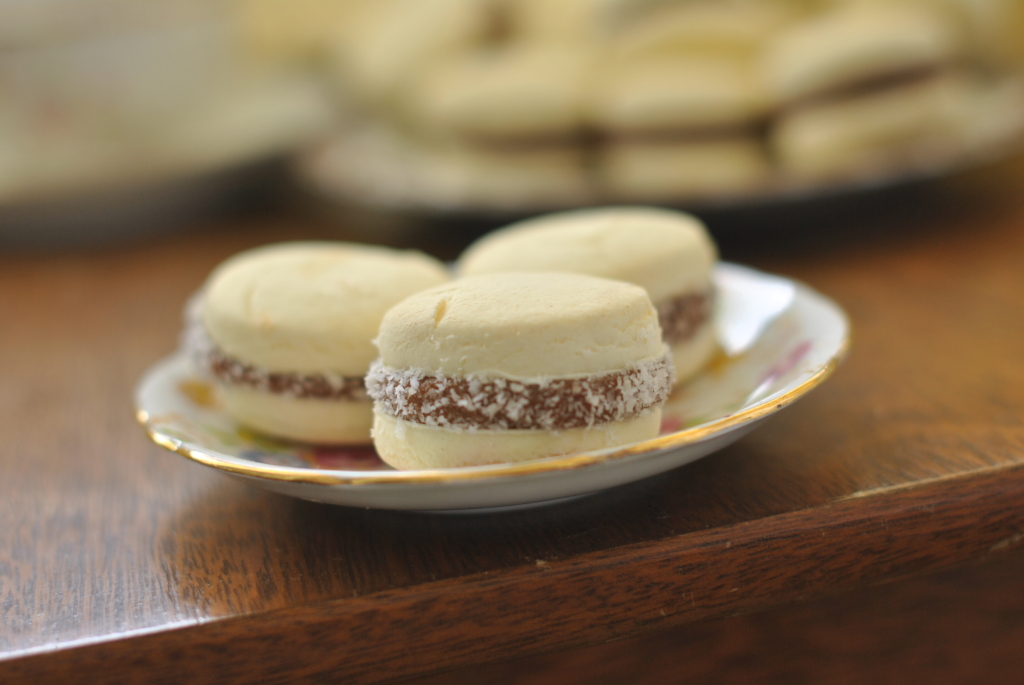 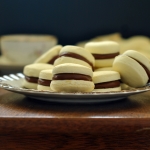 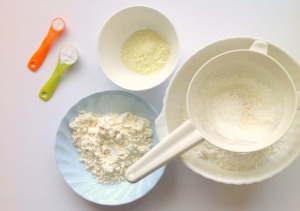 2.Cream butter and ugar until form a smooth cream. 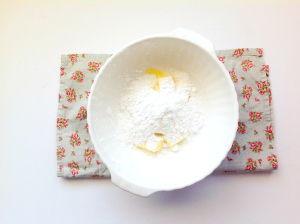 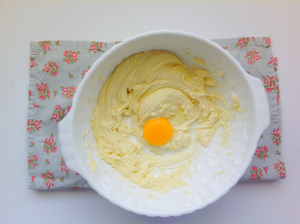 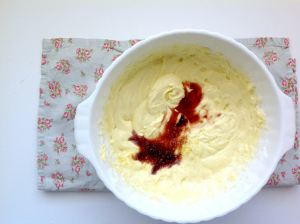 5. Gradually add the dry ingredients: gluten free flour, cornstarch and baking powder, a pinch of salt. You should get a smooth, soft and malleable dough that does not stick to fingers. Form a square with the dough and put in the refrigerator for 30 minutes. 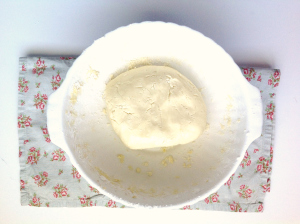 6. Sprinkle the counter with gluten free flour (Mix C) and roll the dough with a rolling pin to a thickness of 1 cm. 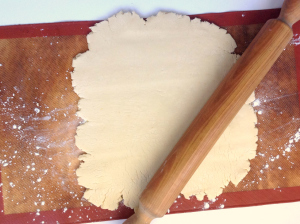 7. With a round cutter of about 4 cm obtain alfajores caps and place slightly apart on a baking sheet lined with parchment paper or a silicone sheet. Reserve in the fridge for at least half an hour. 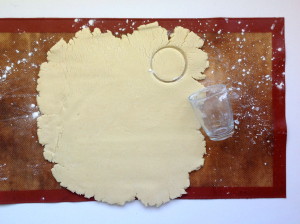 8. Meanwhile, turn the oven at 180 degrees and cook the cookies for 10 minuts, the top must remain clear, almost white. Remove them from the oven and let cool.

10. Spread a generous spoonful of dulce de leche over a cookie and cover with another. 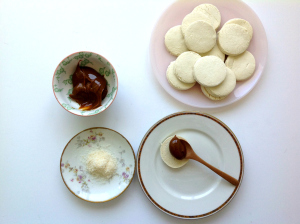 11. Roll the alfajores in the grated coconut to adhere it to the dulce de leche. 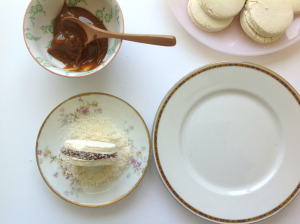 NB. For a dairy-free version, substitute butter with daisy and eliminate milk powder replacing it with 20 g of gluten free flour ( MIX C) 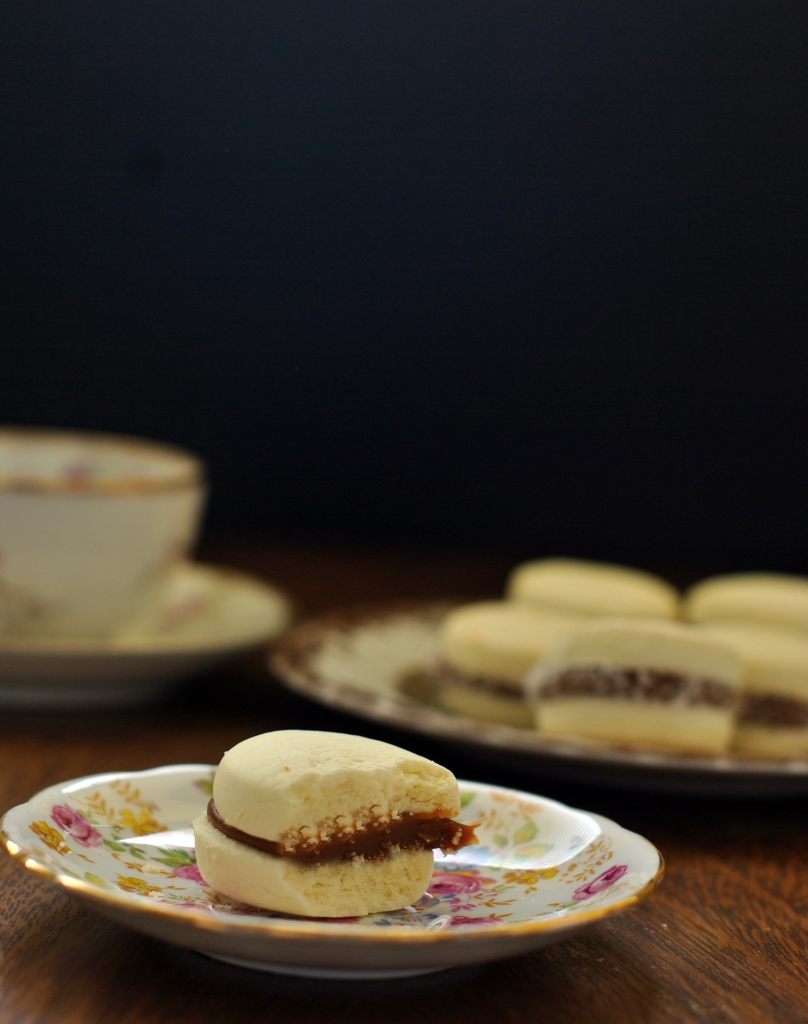 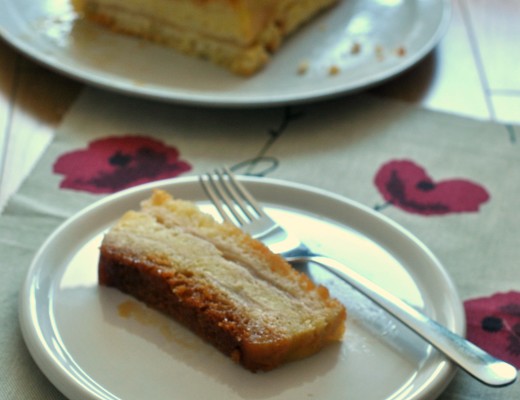 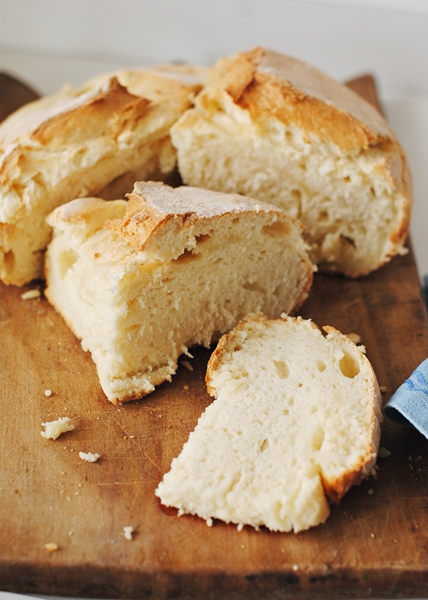 Gluten free bread in a Pyrex 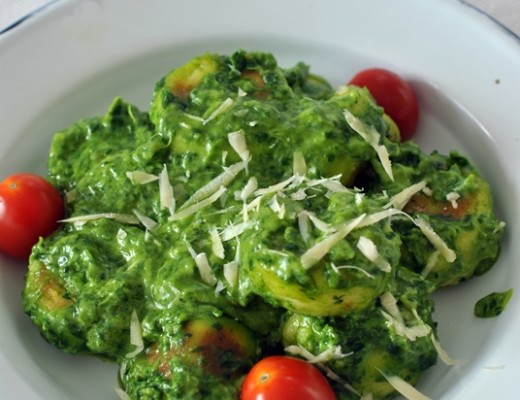